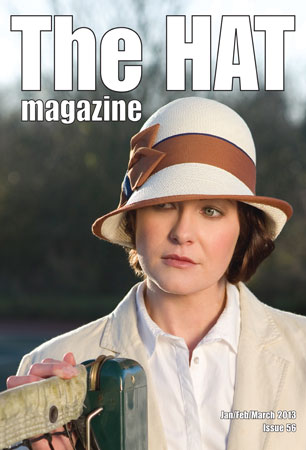 Jan/Feb/Mar 2013
The HAT Magazine – Issue 56 – The Panama Issue.
See below for contents of this issue of the magazine.

All prices are inclusive of postage.

The Panama Issue
Travels with my Hat… to Ecuador. The people, the skills and the traditions that go into making the Panama Hat

Trade Fair Reports The hats and the looks for SS13 with our round up of this season’s shows, from Paris, New York, Florence and Berlin